THIS SITE IS DEDICATED TO MY LATE TEACHER, BEN LO 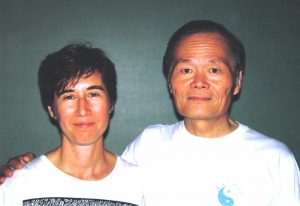 Master Benjamin Pang Jeng Lo (1927-2018), “Ben” as he was known to his students, never referred to himself as a master of tai chi ch’uan but anyone who ever encountered his tai chi ch’uan skills had no doubt that he was “the real deal”. Ben lived and breathed tai chi ch’uan. Known for his rigorous adherence to traditional tai chi ch’uan principles, his “no burn, no earn” style of teaching and his remarkable push hands ability, he also possessed a great sense of humor. Thus, he managed to inspire his students with his integrity and his kind-heartedness.

I started studying in earnest with Ben in San Francisco in 1984. At that time, I wrote to a tai chi friend in North Carolina and said that I had made more progress in 6 months studying with Ben than I had the 8 years prior. I am honored that I had this opportunity and I am grateful to Ben for generously sharing his art with me and so many others.